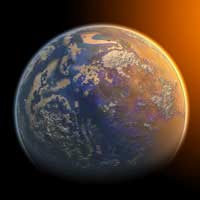 Between being blamed for two Lancashire earth tremors in 2011, and making a surprise appearance in George Osborne’s 2013 budget, the once little known term of ‘fracking’ has now firmly entered the language – and become one of the most hotly debated energy technologies in Britain today.

Fracking fans point to the enormous effect that it has already had in the US, where it has helped slash domestic gas prices by around a half, and could see American power companies wean themselves off their dependence on coal – with the added promise of a 50% reduction in CO2 emissions too.

On the other hand, opponents cite the environmental problems it may cause, particularly in respect of water pollution, and its potential to trigger seismic events – like the magnitude 1.5 and 2.2 ‘mini quakes’ near Blackpool, two years ago, which took place within days of the gas starting to flow.

Clearly, it is a topic which divides opinions, but with major possible implications for the environment, Britain’s future energy security and building development, just what are the facts behind the fracking controversy?

Put simply, fracking – or to give it its proper title, “induced hydraulic fracturing” – is all about using high-pressure water to split open shale rock, to get at the gas and oil reserves inside. A well is drilled down into the shale layer, which is often only tens of metres thick, but can extend horizontally for hundreds of metres, so once the right depth is reached, the drill is turned sideways to follow along the lie of the rock. A highly pressurised mixture of water, sand and chemicals is then pumped down the borehole, forcing its way into the rocks, fracturing them and allowing the gas trapped within to bubble out through the tiny cracks opened up. It is subsequently brought back up to the surface, captured and piped off. The same general process can also be used to recover shale oil.

Although it is something of a new arrival on the British energy scene, the technique itself has been around for a while. The first experimental ‘frack’ took place in 1947, with the first commercial application following just two years later. Today, advances in drilling technology mean that more of the world’s oil-bearing shale can be fracked than ever before – and that could add up to a lot of new sources of oil and gas supply.

Shale is the most widespread sedimentary rock in the world, and so, unsurprisingly, many countries have sizeable shale reserves, with Britain being one of them. Areas of particular potential include large parts of eastern and southern England, as well as the 200 trillion (yes, trillion!) cubic feet – 5.6 trillion cubic metres – of gas reserves fracking company Cuadrilla announced they had found under Lancashire’s Fylde coastline in September 2011.

That single discovery alone is said to be the equivalent of the recoverable gas reserves of the whole of Venezuela – itself a major energy exporting nation – which has inevitably led many to wonder if the shale deposits beneath our feet might just hold the key to Britain’s future energy needs.

It is undoubtedly a tempting thought – but as energy expert, Cerys Watkins, explains, the issue is not quite that straightforward.

“The trouble with shale gas is that you can’t recover it all. Actually, if you get as much as 20%, then you’re doing very well. When the Fylde project was first being talked about, there were some wild figures flying about – suggestions that it could meet the UK’s needs for 50 or 60 years and so on! Well, I think you’d have to say that’s being more than a bit optimistic!”

She also points out that although a ‘frack’ well typically remains productive for nearly three decades, the yield can drop dramatically after the first two years. So, does she think that fracking is going to make a big difference for Britain?

Probably not in the immediate future; “the reserves are there,” she says, “but the debate is still on. The Chancellor may be offering tax breaks, but there are still a lot of environmental questions to be answered first.”

Critics of the process have expressed a number of such concerns:

Shale deposits often occur beneath underground aquifers, and if the well lining is less than perfect, or fails over time, the fracking water could escape and potentially contaminate drinking supplies. Typically this fracking mixture consists of 90% water and 9.5% sand or similar material, with chemical additives making up the remaining 0.5%. According to company sources, Cuadrilla only adds three chemical agents – hydrochloric acid, a lubricant and a water treatment biocide – but elsewhere in the world there are reports of a range of chemicals in use, including volatile organic compounds, notably benzene – a known carcinogen.

Much of the water used is collected and processed, resulting in the production of a sludge waste, which can be highly salty and may contain significant quantities of rock flakes. This kind of material obviously needs to be disposed of properly and safely, but opponents of fracking have accused some companies of cutting corners on this vital step.

Natural gas is primarily composed of methane – and once-fracked free of its shale containment layer, some of it could leak out of the ground and into the atmosphere, where it provides a greenhouse effect more than twenty times stronger than carbon dioxide.

In addition, some American householders have claimed that methane migrating into their drinking supply from nearby fracking operations means that they can actually set light to the water coming out of their taps!

The possibility of fracking activity deep below the surface setting off earth tremors is something which, understandably, worries a lot of people, and it is widely recognized as a real potential hazard of the industry. While the general consensus seems to be that any such seismic events would be of a very low magnitude and fairly localised in extent, for those likely to be in the firing line, their description as ‘minor’ – however accurate it may be – will probably come as little comfort.

Bizarre though it might seem, although methane burns to produce less carbon dioxide per kW of electricity generated than coal – and hence the attraction for US power companies – widespread fracking could ultimately mean more carbon emissions, not less. This apparent contradiction comes about largely as a result of the effect that having ready supplies of cheap gas would be likely to have on the economic viability of developing renewable sources of energy.

Over recent years, the cost of wind and solar energy has gradually been coming down, while fossil fuel costs have risen. If what has already happened in the US – where fracking has driven gas prices to the floor – were to be repeated more generally, then there would be little or no financial incentive to invest in green alternatives.

Many of these issues have obvious ramifications for land availability and future building development too. With existing water resources increasingly stretched to meet current needs in many parts of the UK, particularly the south-east, the spectre of aquifer contamination hardly bodes well for future construction – and few of us would relish the thought of flammable tap water!

At the same time, new homes mean heightened energy demands, and as the succession of freezing winters over recent years have shown, keeping up with today’s need has – at least if the newspaper headlines are to be believed – brought Britain perilously close to running out of gas, rather too often.

Beyond this too there is the possibility of subsidence; although opinions vary as to just how likely this is in general, and the probability for individual sites will clearly depend greatly on the underlying local geology, a vast network of horizontal, subterranean shafts may well pose a threat. How might insurance companies, for instance, view that – and what premiums might it drive?

Fracking also poses wider questions about current thinking on sustainability and the environment. Few would argue that coal-fired power stations make attractive sights, but in our rush to do away with them and be green, do we risk blighting the very environment we so passionately want to save?

Some have described the ongoing rush towards wind power as the ‘creeping industrialisation’ of our landscape, and looking at many hills and headlands in the wild and windy parts of Wales or Scotland, where aero-generators festoon the slopes like giant mushrooms, it is easy to see why. Could fracking do the same in those spots where the energy-rich shales of ancient oceans lie buried deep beneath the ground?

History shows us that whenever we can extract fossil fuels, we do. Short term gain, usually trumps long-term consequence, so sadly the answer is probably yes, at least if it does go ahead – but this is by no means certain. Much has been made, on both sides of the argument, of the US experience, but fracking has not found universal welcome. France, for instance, is in the process of banning it, and Poland is currently deciding whether to develop the industry, or concentrate on other forms of energy.

Which way Britain will go remains to be seen, but one thing is clear. If we are going to keep the lights on, and energy bills affordable, then for all of us – politicians and public alike – there are difficult decisions ahead.