How to Have a Healthy Home

Home » How to Have a Healthy Home
Previous Next

How to Have a Healthy Home 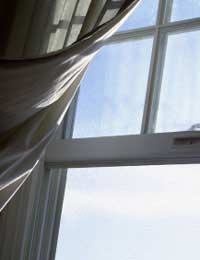 According to experts, air pollution is the main cause of virtually all respiratory problems – and the pollution could be higher inside your home than outdoors.

Air pollution can cause a myriad of health problems, the least serious of which include headaches, blurred vision, sore throat, dizziness and difficulty in breathing.

And since many people now spend much of their lives indoors, it’s vital that you do all you can to minimise indoor pollution because contaminants can remain for extended periods of time.

Research shows that complete air exchange in your house will only happen around once every six hours and new figures from experts in the USA suggest that pollutants in the home can be anywhere from two to five times higher than those you face outside!

In extreme cases (such as homes which have a smoker, pets and a cupboard full of regularly–used products such as cleaning sprays and beauty products), the air pollution could even be up to 100 times higher than outdoors.

There are a number of obvious culprits such as air fresheners, cleaning products, animals, dust and CFC sprays and of course, one major hazard is cigarette smoke (and second-hand smoke to which children are particularly vulnerable.)

Smoke can trigger asthma and a range of other respiratory problems but lesser known forms of pollution include black mould – the type that you often see on the ceiling or walls of a poorly heated or ventilated room.

Then there’s Radon, a radioactive gas formed in the soil which can find its way inside homes where walls and floors are in direct contact with the ground but are not adequately sealed.

Radon is an invisible, odourless gas – but its effects can be serious. In fact, Radon is thought to be the second highest cause of lung cancer in Britain (after cigarette smoke.)

Levels of Radon vary throughout the UK – but there are isolated pockets of heavy pollution with some areas having levels almost 30 times those of elsewhere.

People living in homes with fuel burning appliances can also be at risk of pollution from nitrogen dioxide and carbon monoxide where the appliances do not have sufficient vents.

The health effects include throat irritation, shortness of breath and in the case of severe carbon monoxide poisoning, weakness, nausea and even death.

VOCs (Volatile Organic Compounds) are found in most homes in paints, varnishes, waxes, air fresheners and building materials – to name just a few.

They release toxins into the air when the product is used or poorly stored. Some are thought to have cancer-causing agents and the side effects of VOC exposure can include damage to the nervous system, liver and kidneys.

How to Improve Indoor Air

The first action should be to ventilate your home as far as possible. In days gone by, most houses had their windows open during daylight hours to bring in fresh air but many people now keep windows closed to keep the heat in.

But the more fresh air you bring into the house, the quicker the toxins will be replaced by “good” air. If you have air conditioning, make sure the filters are changed regularly because they will trap dust and other toxins.

Other long term actions include:

Be Wary of Cleaning Products

Don’t just assume that all the ingredients in your bathroom cleaner or polish are harmless! On the contrary – companies are not required to release ‘trade secrets’ on product packaging, so you can’t always see how much of a certain chemical they contain.

(In fact, 80% of household products have been found to contain ingredients linked to allergies in children.)

Children are far more vulnerable than adults to illnesses caused by toxins in the home because their organs are yet to fully develop and their immune systems are still learning to fend off illness.

When shopping for products for use in your home – everything from anti-perspirant deodorant to oven or bathroom cleaners – go for the least toxic. There are now alternatives to many chemical products so look first for those in which ingredients are 100% derived and sourced from plant-based material.

As well as helping to protect your family from harmful and easily avoidable toxins, you will also be protecting the planet by using products which have less impact on the environment.