Our Zero Carbon Home in the Shetlands: Case Study

Home » Our Zero Carbon Home in the Shetlands: Case Study
Previous Next

Our Zero Carbon Home in the Shetlands: Case Study 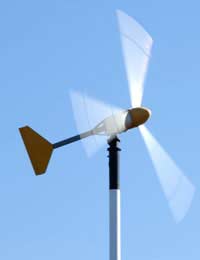 Building a carbon neutral home is a pretty big challenge in itself, but when your chosen site is on Britain’s northernmost island, it becomes a massive undertaking.

But in 2002, having owned a plot of land on Unst in the Shetlands since the 1980s, Michael Rea and his wife Dorothy set out to build a truly sustainable home.

After searching far and wide for a suitable timber framed building, they finally settled on a supplier in Scotland and bought an off-the-shelf design which could be modified for their needs. The kit itself, with the addition of an office and sunroom, cost around £37,000.

The couple, who lived in Wiltshire before their retirement, have had worldwide publicity since they embarked on the project and many environmentalists have beaten a path to the door of their unique home.

Students have also used their home for research projects and dissertations and a housing company has benefited from their experience. In fact, the couple received such regular requests from people hoping to see the house for themselves that they are now running a limited Bed and Breakfast service.

Michael hopes that their experience will make it easier for others in the UK hoping to build a carbon neutral home. (In their case, planning consent took more than three years because it was something the local authority had not experienced before.)

The plan is that the house will eventually be completely off-grid but problems with their first choice of wind turbine led to delays and a different model had to be ordered from Canada.

“There have been many challenges,” said Michael, “But if we can do it in the Shetlands then anyone can do it! Everything is much more difficult here due to factors such as the extreme weather and difficulties with deliveries.

“We estimate that the location added about £45,000 to our total costs and much of that went on freight costs since everything had to be shipped in. We also needed specialist roofers and they had to be brought from another island.”

Fortunately, the project has attracted donations of materials while other suppliers have given large discounts which have all helped to keep down the cost.

The couple now plan to grow vegetables in huge greenhouses using hydroponics – and as well as helping in their aim to be self sufficient, it should prove very popular with other islanders.

Extreme weather can often disrupt ferry deliveries to the island and in a prolonged spell of Shetland weather, fresh produce is not available in the local shops.

“Normally there is an enormous amount of energy needed for lighting in greenhouses but we are looking at using LEDs and will also put in a heat recovery unit,” said Michael.

The couple already grow a lot of their own vegetables and they enrich their garden soil with kitchen peelings and wheelbarrows of seaweed from the beach.

In the UK, most houses tend to be built from brick and many people are initially surprised that in such an exposed location, the couple opted for a timber-framed house but Michael says it is ideal.

“A timber framed house is cheap to build, can be put together quickly and is very well insulated which means less energy to heat,” he said. “Our home was put together and made water tight in under five days by three men working in horrendous weather.”

The house is anchored to the underbuild with strong bolts, making it strong enough for even Shetland Island winds!

“The timber frame can be shipped anywhere and then put together with local labour, which is great for fragile economies such as ours,” said Michael.

The exterior walls and roof are all clad with sustainable timber and insulated with expanding foam while the windows employ argon gas filling.

Underfloor heating is provided through an air-to-water heat pump which includes a buffer tank and also supplies power to run the family’s electric car.

The air-to-water heat pump needed very little site work apart from a base, and the couple installed LEDs for lighting so lighting the entire house uses no more energy than a 100w lightbulb.

Michael says a fairly small air-to-water heat pump costing around £800 is sufficient for most average homes, although many companies promote much larger pumps which cost thousands of pounds.

“We have shown that our system works and the Shetland Housing Association has adopted a similar technique which means their tenants will benefit from much lower energy bills. Living here, heating is needed for most of the year!”

Once the wind turbine is in use, the house truly will be off-grid and the renewable energy produced will outweigh the couple’s demands. Instead of selling that excess power back to the grid, they plan to use it to provide power for their neighbours.

Although the main project is now almost completed, there is no shortage of new tasks. Having found that paving slabs were extremely expensive, Michael decided to produce home made slabs. He has made his own mould and can now produce four slabs in under an hour using recycled glass.

The greenhouse project is also a top priority but since there is a lot of water on the proposed site, a French drainage system will need to be installed before the greenhouses can be built.